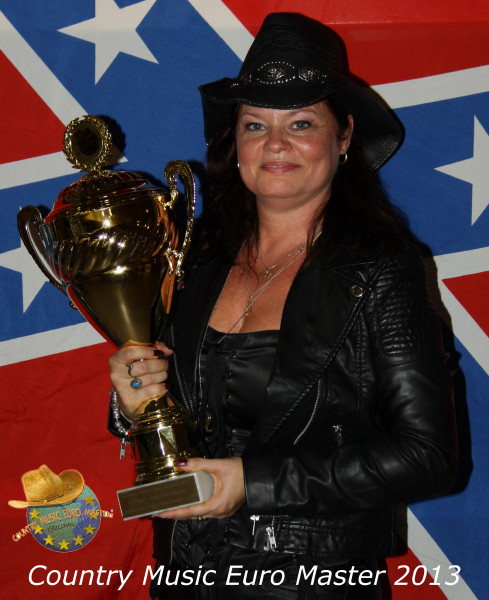 It was a three days contest with lots of very good contestants from all around Europe. This European event has a high standard with a tough selecting procedure. Became a nominee is already a price because there are over 200 entries.

Shirley Ann performed in the Categorie Soloist. After three days defending her first position in the overall score she ended in the final with a beautiful song “How Great Thou Art” from Carry Underwood. The jury give her a standing ovation, however, the points were very close and Shirley Ann has to wait for the final points.

When the 3 finals were finished of the Soloists, Duo’s & Trio’s and bands it was time for the official part of the Country Music Euro masters 2013.

Greg Williams, organizer of the CMEM, make the announcement of winners in the three categories: 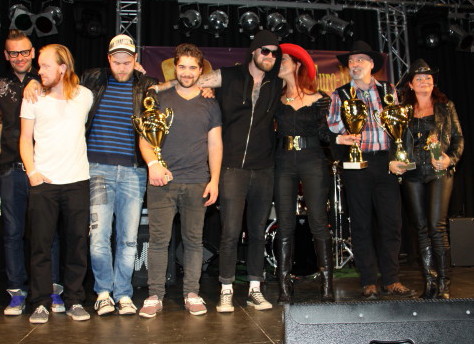 Broken Wing performed in the category Bands. The band ended as a half finalist and it’s the best the band can get so far. During the contest the band stayed on her focus to bring the modern American Country Music with her own sound.

However, winning the Country Music Euro Masters opened new possibility’s and new challenges to work on.

We are now promoting both act’s the best we can and we are proud to represent them.

Congratulations Shirley Ann and all the members of Broken Wing.